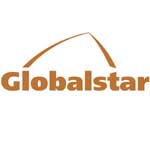 The Globalstar project was launched in 1991 as a joint venture of Loral Corporation and Qualcomm. On March 24, 1994, the two sponsors announced formation of Globalstar LP, a limited partnership established in the U.S., with financial participation from eight other companies, including Alcatel, AirTouch, Deutsche Aerospace, Hyundai and Vodafone.

With over 315,000 subscribers (as of June 2008), Globalstar is the world’s largest provider of mobile satellite voice and data services. Globalstar offers these services to commercial and recreational users in more than 120 countries around the world.

Many land based and maritime industries make use of the various Globalstar products and services from remote areas beyond the reach of cellular and landline telephone service.

Globalstar data solutions are used for a variety of asset and personal tracking, data monitoring and “Supervisory Control and Data Acquisition” or SCADA applications.