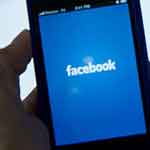 Facebook is preparing facebook company to release its own smartphone this year or next year. This news is reported by the New York Times.

I feel Facebook, struggling to make money out of its growing mobile audience and under fire over its share price plunge, is taking a third shot at building a smartphone of its own.

Can a software company build its own smartphone? OR Why on Earth Would Anyone Want a Facebook Phone? OR Should Facebook Make a Smartphone? I think these are questions in everyone’s head about Facebook Smartphone.

It would be Facebook’s third attempt at building a smartphone, according to one of the paper’s sources.

Facebook did not deny the reports and added: “Our mobile strategy is simple: we think every mobile device is better if it is deeply social.

I believe Facebook would launch its Facebook Smartphone in the end of 2012. Well, We may find out soon.

Till then, enjoy your smartphone :-)