Just when most people thought that mobile phones could not get better than the Apple iPhone, a series of Smartphones have made their glorious entrance. The concept of applications for smartphones, is not new. Actually, it dates back to 1992, when the first smartphone, named Simon, was invented. It included such apps as a clock, address book, email, notepad, ability to send and receive faxes, as well as games. It was a legend before his time.

The first actual Smartphone was sold in 2000, when the Ericsson R380 was released. It was the first phone that was actually called Smartphone. By 2005, Nokia started launching its N series of 3G Smartphones, which were not called cell phones or Smartphones, but “multimedia computers”, even though in effect, they were essentially Smartphones.

In 2008, Android, a new platform for smart phones, appeared. This was the first Smartphone to feature the use of applications, or “apps”. Apple’s App Store is capable of delivering third-party applications to a user’s iPhone or iPod touch pad via wi-fi or cellular networks without using a PC to download. The App Store has become a huge sensation. In fact, as of March 2010, it has offered 170,000 applications and had made three billion downloads as of January 2010.

There are several types of applications. For example, on an iPhone, there are apps for virtually everything known to man. If one were to consider the number of apps available on iPod, they would seemingly never get to the end of it all. The list is endlessly extensive.

At BlackBerry App World, you can reportedly download 140,000 apps free, with games, social networking, shopping, productivity as well as other amenities. You can use your BlackBerry smartphone with literally tons of applications for everything you want to customize even as you travel. BlackBerry App World has as of this article’s writing 5 million users worldwide.

HTC is an Asian company that specializes in the use of applications for Smartphone. It credits itself with creating several of cell phones firsts, including being the first company to feature the Microsoft Smartphone. It has many, many applications and can be downloaded for free from the Android Market. It has received somewhat mixed reviews. A user says it was noticeable that the battery will be hot in your phone and tended to fade quickly. However, other users give the HTC apps rave reviews.

The Nokia E62 smartphone is another hot smartphone on the market. It has various features and applications such as N-series, E-series, Xpress Music, and Classic, etc. and claims to offer many free apps.

The Windows platform is also widely used on Smartphones. The Verizon network has a whole line of smartphones that are Windows enabled. You can get most of the normal software to work on these, including Microsoft Office, Outlook, and Internet Explorer. There are some smartphones that were made just to use the Microsoft Windows network.

There is a lot of competition between Android, Windows, and iPhone platforms. These each have their pros and cons. You want to do your research and make sure you are choosing the right smartphone for you.

Like with all Smartphones, they have their various games. Some of the most popular games being played on Apple Smartphones for instance are “Tapulous Tap Revenge”, a style-rhythm game, and “Tap Tap Revenge”. In fact, it was estimated in 2009 that three of the best games on smartphones were Tap Tap Revenge, Touch Hockey: FS5, and the old favorite, Pac-Man.

GPS-Short for Global Positioning Systems, has become an increasingly used source of travel information help in recent years. It is a computerized map or a navigation system. In addition, yes, there is an app for that too. In fact, you will find that many smartphones are equipped with GPS functions. In addition, you can virtually purchase any Smartphone that has these GPS accessories built into the system.

Why a smartphone may be right for you:
If you are someone who is constantly on the run, often social networking sites will benefit you 2-5 times per day via Smartphone. The average smartphone today is equipped with applications for the hottest social networking sites like Facebook and Twitter. In view of all users to stay with your friends and family around the world updated at any time on any day.

Today it seems that everyone has a smartphone, but some don’t, and you could perhaps be one of them. There is plenty in stock at your local retail or computer store. Get yours today!

Come check out the Real Products Reviews site http://realproductreviews.net
for more information on this and other products. You can also get a free smartphone of your choice here: http://click2jump.com/SHVM

Xperia X10 mini E10i offers an open and intuitive communication entertainment experience and build on the human curvature design philosophy debuted by the Sony Ericsson Xperia X10. Combining the Android platform with signature applications and a customisable UX platform, communication truly becomes entertainment with these new mobile phones. To enhance the experience, pick and choose from a multitude of applications at Android Market and co-create a mobile phone experience that is entirely unique. Users can go one step further and customise the home screen’s four corners and widgets to access the most needed applications for limitless possibilities.

The Droid1 Incredible 2 by HTC2 is the next evolution of the future of smartphones. The super-sleek phone is less than a half-inch thick, yet it packs powerful components such as a 1 GHz Snapdragon processor, 8-megapixel camera, and a large 4″ high-resolution screen. Featuring the Android OS with Google, the Droid Incredible 2 provides easy access to all your social networks, websites, and thousands of applications, including Google Navigation with turn-by-turn directions.

Socialize with a Sense of Style

The Droid Incredible 2 by HTC is ready to party. Its sleek, all-black design will get looks, and front and back cameras can help capture a scene, start a conversation, or snap a self-portrait. You can record the night’s most memorable moments in 720p HD video for sharing later.

Your music and movies will look and sound great on a 4-inch super LCD screen with SRS WOW HD surround sound. Get access to unlimited songs through V CAST Music with Rhapsody or tune in to the expert DJs on Slacker Internet Radio. V CAST Video on Demand gives you on-the-go access to more shows and movies, including those available from BLOCKBUSTER On Demand.

Call anyone, anywhere–no matter where you travel. The global-roaming Droid Incredible 2 by HTC will keep you connected from Lima to London.

The Droid Incredible makes it easy to browse the Web at 3G speeds on Verizon’s large and reliable 3G network. The multi-window HTML browser lets you view full websites. Whether you’re at home or a Wi-Fi hotspot, you can switch over and use wireless networking to gain access to an even faster Internet connection. Plus, your phone turns into a 3G mobile hotspot to connect up to five other Wi-Fi–enabled devices.

With the next generation of the popular HTC Sense mobile experience, the Incredible 2 offers even more ways to stay connected–including FriendStream, which delivers Facebook, Twitter, and Flickr updates in a consolidated view. Choose a People widget that lets you see everybody’s latest updates and messages right on the home screen. You can also select a compact People widget that just shows their profile pictures. And you’ll be able to pinpoint the location of a lost phone on a map, send a command to make the phone sound an alert–even while on “silent” mode–through the htcsense.com web site. If needed, you can also remotely wipe all of the phone’s data with a single command in addition to forwarding calls and text messages to a different number.

What’s in the Box

The Droid Incredible 2 runs the Android operating system–OS 2.2 (aka, Froyo)–which provides a faster overall Android experience as well as greater multitasking capabilities. You’ll be able to receive notifications, listen to music, and even record GPS data without keeping the application open. And it features a plethora of new enhancements, including an improved onscreen QWERTY keyboard, full push corporate e-mail, and support for Adobe Flash Player 10.1 for access to the full Web. It also offers enhanced Exchange support, with Calendar syncing, Global Address Lookup, improved security, auto-discovery, and more.

With integrated Google technology, the Droid Incredible 2 brings one-touch access to the popular Google mobile services millions use every day, including Google Search by voice, Google Maps with Street View, GTalk instant messaging (with presence capabilities), YouTube, and Picasa. The Droid Incredible 2 also provides easy access to both personal and corporate e-mail, calendars, and contacts supported by Exchange Server and Gmail. And through Android Market, you’ll get access to thousands of useful applications, widgets, and fun games to download and install on your phone, with many more apps being added every day.

Also Available for this Android Device

Kindle
Buy a book once and read it everywhere with our free Kindle Reading App for Android.

Audible
Download audiobooks directly to your Android device, then listen wherever you go, get audiobook news, earn badges, and more.

Amazon Mobile
Shop for millions of products, get product details, and read reviews–right from your mobile device. 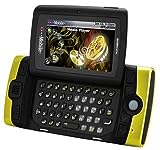 The new Sidekick is better than ever, with enhanced Web browsing plus video recording, playback, and sharing capabilities. All the features you know and love are here?best-in-class IM, texting, e-mail, and phone; the cool swivel screen; and a high-quality camera. And it?s a quick-change master, with fully customizable shells that snap on and off to match your outfit or your mood.

Product Specification
* Customizable exterior shells (black and green shells included) can be personalized with photos, colors and text
* Horizontal swivel screen and full QWERTY keyboard
* WQVGA screen with high-definition LCD technology
* Full-size layout or standard Sidekick screen-size layout web surfing to scroll and read a page or use Mini Page to zoom out on an overview of an entire webpage
* Customizable instant messaging to create and join group chats, set custom status messages, search for friends in a buddy list and see who is logged in
* Bluetooth 2.0 with A2DP supports stereo music and file transfer to other devices
* Built-in 2.0 megapixel camera with video recording capabilities

Review of the top 5 smartphones

What is a smart phone?